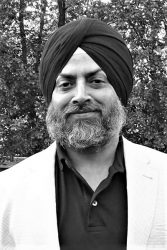 Amarinder has close to 25 years’ experience in business and engineering operations, IT & outdoor media, fundraising, strategy development and implementation and community engagement. Passionate about Sikh ethos and values Oneness, service to humanity, multiculturalism and love for all. 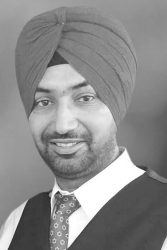 Harkirat is a founder member of “FATEH FOUNDATION”. He is the one who is inclined towards writing and has penned “JADO TURE SI”(meaning WHEN WE BEGAN) is the collection of stories of the migrants to the Australian Continent. The book eulogises the journeys and struggles of people from the South Asian Subcontinent. He is also a journalist and works with leading Punjabi “Ajit” newspaper in India.

Harkirat is the guiding force in organising the “VAISAKHI MELA” and bringing immense happiness to the community for the last 14 years. He takes active participation in community development and support. 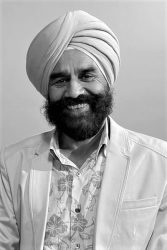 Devinder Singh Dharia being a founder member of “FATEH FOUNDATION”, is an Singer, Musician and a Panjabi Folk Music Writer. He is well known for his love for Punjabi folk music and culture. He has recorded several songs reflecting the culture of Punjab. His love for music is an inspiration for many budding singers and as well as tribute to the culture of Punjab and his USTAAD YAMLA JAAT. He has also recorded several songs reflecting customs and traditions of Punjab.

His passion for the Punjabi language and community support is well known. He takes immense hard work to organise the “VAISAKHI MELA” for the community for 17 several years. His wisdom and multiculturalism is always sought after. 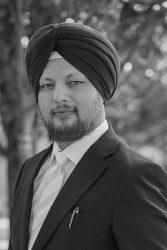 Garry is a founder member of “FATEH FOUNDATION “. He is a philanthropist who has taken the initiative of working closely with few NGO”s in India which helps the underprivileged families. Garry is an entrepreneur who integrates his experience of over 15 years in diversifying and expanding business models ranging from real estate and an importer/wholesaler.

His leadership and mentorship have guided many immigrants to stand on their feet. He believes in not giving fish but to make the needy learn the art of fishing and become self-dependent. He is actively associated in fund -raising programs and as well as community engagements. 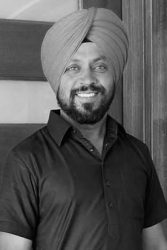 Navtej is a key member of “FATEH  FOUNDATION “, who is known as the “HOCKEY WIZARD”. He represented the Indian Hockey Team. He has trotted the globe for hockey umpiring in 22 plus international matches.

Navtej brings years of experience in project management, team building and community development. He always puts his best foot forward to encourage the underprivileged people in the community. 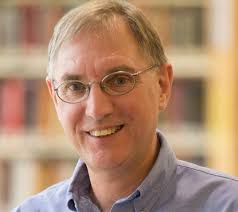 Prof. Peter Stanley of UNSW Canberra is one of Australia’s most active military historians. He has published over 40 books, mainly in the field of Australian military history. One of his special interests is the history of the armies of British India, and in 2015 he published the first book on the Indian Army’s part in the Gallipoli campaign, Die in Battle, Do not Despair: the Indians on Gallipoli, 1915 (Helion & Co., UK, 2015, reprinted 2021). It was based on research in Australia, Britain, India, Nepal and Turkey, and drew on Sikh community history. Prof. Stanley is now working on a book specifically on the Sikh experience of Gallipoli, in association with the Fateh Foundation: ‘May I Die Fighting’. 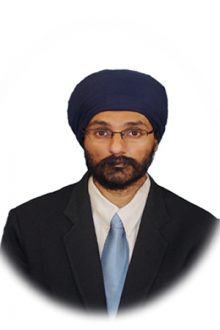 Harchand Singh Bedi, lives in Ipoh, Malaysia and is a curator of an exhibition on Sikhs in WW I & II. He started his first exhibition on Sikh Bravery in Military History in 2007 and produced a documentary on The Battle of Kampar and The Malayan Emergency in 2008.

He has traveled to Australia, few times with his exhibition. In 2019 his visit coincided with the inaugration of Sikh Heritage Museum on 12th April 2019, at Woolgoolga , Coff’s Harbour.

Harchand Singh, is the author of many inspirational articles on Sikhs and Indian Soldiers Bravery in the both World Wars. The articles written are indicative of their tales of sacrifice, heroes and legends that give its true essence to their distinguished achievements.

Harchand Singh , is also the curator of the Frames of Bravery Exhibition. This photographic exhibition offers a rare glimpse into Indian military contributions all over the world from the late 18th century on wards.